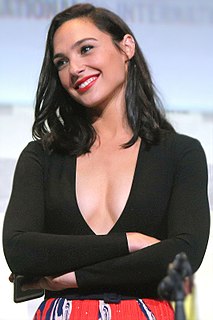 Gal Gadot Varsano is an Israeli actress, producer, and model. At age 18, she was crowned Miss Israel 2004. She then served two years in the Israel Defense Forces as a soldier, after which she began studying at the IDC Herzliya college, while building her modelling and acting careers.