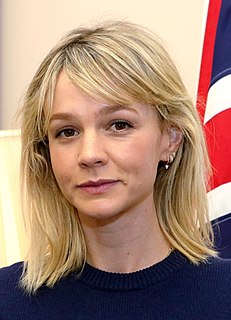 Carey Hannah Mulligan is a British actress. She made her professional acting debut on stage in the 2004 Kevin Elyot play Forty Winks at the Royal Court Theatre. Her film debut came with a supporting role in the romantic drama Pride & Prejudice (2005), followed by roles in television, including the drama series Bleak House (2005) and the television film Northanger Abbey (2007). Mulligan made her Broadway debut in the 2008 revival of the Anton Chekov play The Seagull, which earned her an Ian Charleson Commendation Award.