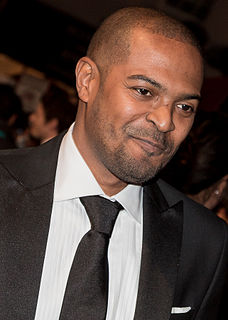 Noel Anthony Clarke is an English actor, screenwriter, director and comic book writer from London. He became known for playing Mickey Smith in Doctor Who. Clarke appeared in and wrote the screenplay for Kidulthood and wrote, directed, and starred in the sequels, Adulthood and Brotherhood, which earned £1,209,319 during the opening weekend of its release. Clarke won the Laurence Olivier Award for Most Promising Performer in 2003 and was awarded a BAFTA Orange Rising Star Award in 2009.