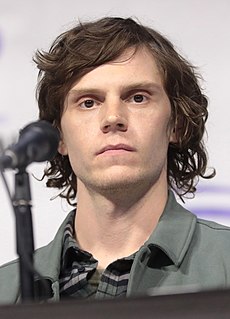 Evan Peters is an American actor, best known for his multiple roles on the FX anthology series American Horror Story, Stan Bowes in the first season of the FX drama Pose, and his role as the mutant Quicksilver in the superhero films X-Men: Days of Future Past (2014), X-Men: Apocalypse (2016), and Dark Phoenix (2019).