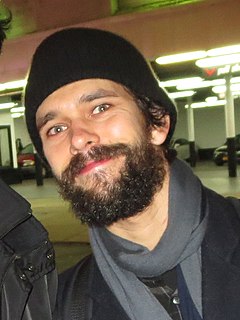 Benjamin John Whishaw is an English film, television and theatre actor. After winning a British Independent Film Award for his performance in My Brother Tom (2001), Whishaw was nominated for an Olivier Award for his portrayal of the title role in a 2004 production of Hamlet. This was followed by television roles in Nathan Barley (2005), Criminal Justice (2008) and The Hour (2011–12) and film roles in Perfume: The Story of a Murderer (2006), I'm Not There (2007), Brideshead Revisited (2008) and Bright Star (2009). For Criminal Justice, Whishaw received an International Emmy Award and received his first BAFTA Award nomination.