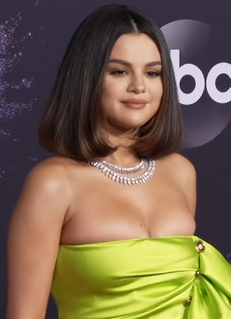 Selena Marie Gomez is an American singer, actress, and producer. Born and raised in Texas, Gomez began her career by appearing on the children's television series Barney & Friends (2002–2004). In her teens, she rose to prominence for her role as Alex Russo in the Emmy Award–winning Disney Channel television series Wizards of Waverly Place (2007–2012).