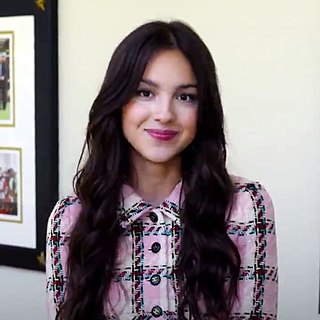 Olivia Isabel Rodrigo is an American actress and singer, who is known for her roles as Paige Olvera on the Disney Channel series Bizaardvark and Nini Salazar-Roberts on the Disney+ series High School Musical: The Musical: The Series. Rodrigo signed with Interscope and Geffen Records in 2020, and released her debut single "Drivers License" in January 2021, which reached number one in several countries worldwide, including the United States.