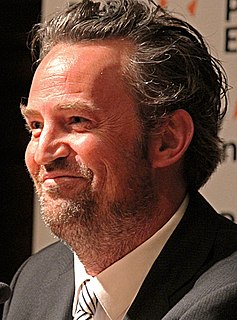 Matthew Langford Perry is an American-Canadian actor, comedian, executive producer, screenwriter, and playwright who most notably played the role of Chandler Bing on the NBC television sitcom Friends, which ran from 1994 to 2004. Due to the vast popularity of the sitcom, Perry and the rest of the six-member main cast ensemble were each making $1 million per episode by 2002. Along with starring in the short-lived television series Studio 60 on the Sunset Strip, Perry has appeared in a number of films, including Fools Rush In (1997), Almost Heroes (1998), The Whole Nine Yards (2000), and 17 Again (2009). In 2010, he expanded his resume to include both video games and voice-over work when he voiced Benny in the video game Fallout: New Vegas.