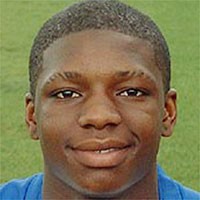 Kiyan Prince was a 15-year-old British boy who attended the London Academy in Edgware. He was fatally stabbed on 18 May 2006, receiving a single lethal knife wound, while intervening to prevent the bullying of another boy. Described as "an outstanding and upstanding boy", Prince was a prodigious footballing talent, and represented the Queens Park Rangers youth football team.