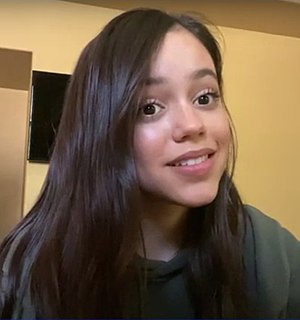 Jenna Marie Ortega is an American actress. She first became known for her role as Young Jane on The CW romantic comedy-drama series Jane the Virgin (2014–19). She then received recognition for her role as Harley Diaz on the Disney Channel series Stuck in the Middle (2016–18), for which she won an Imagen Award in 2018.