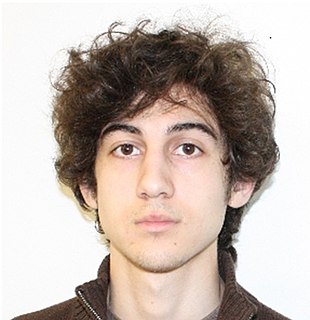 Dzhokhar Anzorovich Tsarnaev is a Kyrgyz-American man of Chechen descent who was convicted of terrorism in planting pressure cooker bombs at the Boston Marathon on April 15, 2013, along with his brother Tamerlan Tsarnaev. The bombings killed three people and injured approximately 280 others.