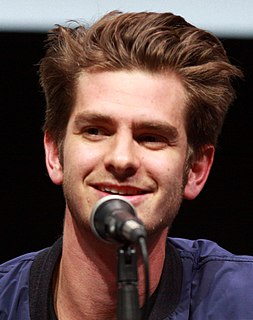 Andrew Russell Garfield is an American-British actor. An alumnus of the Royal Central School of Speech and Drama, he is the recipient of numerous accolades, including a Tony Award, and has been nominated for Laurence Laurence Olivier Award, an Academy Award, two Golden Globe Awards, and three British Academy Film Awards.