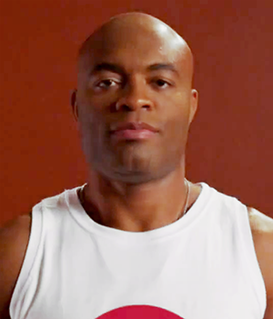 Anderson da Silva is a Brazilian-American mixed martial artist. He is a former UFC Middleweight Champion and holds the record for the longest title reign in UFC history at 2,457 days. This started in 2006 and ended in 2013 and included a UFC record 16 consecutive victories in that span. UFC president Dana White, UFC commentator Joe Rogan and numerous mixed martial arts (MMA) pundits have named Silva as one the greatest mixed martial artists of all time.